A joke video that circulated through the Internet earlier in 2015 showed a man telling an story in a foreign language to an interviewer, while laughing uproariously. The subtitles added later claimed the man was a Vancouver realtor, who laughed at the absurdity of a young couple thinking they could buy a detached house in Vancouver for a mere $1 million. 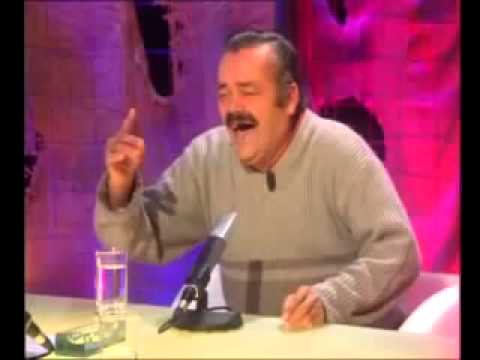 First-time home buyers will soon realize an unavoidable rule of real estate in Greater Vancouver: the further from the downtown peninsula, the less expensive property is. The Urban Development Institute's Affordability Index for the first quarter of 2015 showed that affordability was lowest in the City of Vancouver and highest in the "Outer Metro" of the southern and eastern suburbs. However, the region's affordability improved slightly at the beginning of 2015 due to stable prices and a recent drop in 5-year fixed interest rates. The average of the best 5-year fixed interest rates from big banks is currently at an all time low.

Another cause for optimism in Greater Vancouver is that, though the overall trend for single family detached house prices rose sharply since mid-2009 and hit a new high in June 2015 at $1,100,000 and rising, townhouse and apartment condo prices held relatively steady in the same period, at around $475,000 and $375,000 respectively. Richard K Sam, a market analyst at Canadian Mortgage and Housing Corporation (CMHC), says this makes multiple-family homes attractive for first time buyers.

The suburbs south and east of Vancouver have many possibilities for inexpensive homes. The June 2015 market report from the Real Estate Board of Greater Vancouver shows that the lowest prices for all types of benchmark properties are New Westminster, Maple Ridge, and Pitt Meadows.

Realtor Brenda Kinnear says that New Westminster is particularly appealing for the first time buyer, who will probably buy a condo apartment instead of a detached home. In New Westminster, benchmark apartment condos go for $288,000. The prime area is the Quay near the Fraser river which was once an industrial zone, but in the 1980s it was rezoned for residential. The new and existing developments enjoy access to a four-kilometre Boardwalk with restaurants and shops. One-bedrooms can go for $300,000, and two-bedrooms for $400,000, many with views of the river. New Westminster also enjoys an excellent walkability score, higher than large areas of Burnaby or Surrey. Skytrain stations link the community to Vancouver, Burnaby and Surrey, and the Trans-Canada Highway connects it to Vancouver and the rest of Canada. CMHC market intelligence says that first time buyers often weigh the cost of owning a home against owning a vehicle, and access to transit for work and recreation travel can make a huge difference.

Brenda also says to look at Lower Lonsdale in North Vancouver, with easy access to the Seabus terminal that connects to downtown Vancouver, and for older buildings in Richmond along the Canada Line.

In Burnaby, there are several areas with good values in condominiums, particularly in the neighborhoods served by the Skytrain stations of Lougheed Town Centre, Metrotown, Edmonds and Brentwood Town Station on Willingdon. Surrey and Richmond have their own pockets of affordable housing.

Many experienced realtors advise their clients that for condos, new buyers should look beyond Burnaby to Surrey or Coquitlam, or further east to Abbotsford or Mission. Townhouses are not affordable except in New Westminster, the "tri-cities" of Port Moody, Coquitlam and Port Coquitlam, and further east. Affordable detached houses start even further east, in Maple Ridge and Langley. While there are good deals to be found in in Coquitlam and Maple Ridge, as low as $272,000, these tend to be in older buildings with no access to highways to reach the rest of the Lower Mainland.

In Vancouver itself, there are still pockets of affordable properties, with several hundred condos for sale in the downtown core, ranging from the West End to Yaletown. These neighborhoods have the highest walkability scores in Vancouver and easy access to Skytrain and Seabus stations. Strathcona, just to the east of downtown, has the third highest walkability score and many new development projects.

East Vancouver's Hastings-Sunrise neighborhood has recently become more family-oriented with schools, community centres and shopping districts. It contains Playland and Hastings Park, and is close to the Renfrew and Rupert Skytrain stations. The older buildings in the area, some of which have been modernized, can provide more space for less money, sometimes with deals like $295,000 for a 900-square-foot updated condo. Other East Vancouver neighborhoods with affordable, older buildings include Fraser and East 49th, or Marpole.

Brenda Kinnear also sees promise in the new River District in the south-east corner of Vancouver where Boundary Road meets the Fraser River, with some of the last undeveloped waterfront land in the city. Wesgroup Properties will be constructing a complete planned community of 7000 homes built on 130 acres of restored land. This was originally a large sawmill property owned by Weyerhaeuser and sold to ParkLane Homes in 2003. ParkLane is now Wesgroup who began environmental remediation of the property for housing and to re-establish wildlife habitat. In 2010 at the western boundary of the property adjoining the established Fraserlands neighbourhood at Kerr Street Polygon has built executive townhomes and is now building condos in the same area along Marine Drive, with easy access to Metrotown mall and the Skytrain station there.

With CMHC offering mortgages with 5% down, home-owning in Vancouver is a realistic option even for first time buyers, who can start small and build up their equity.

However, buyers working with their realtor should take care to do their due diligence, such as investigating area crime statistics, pre-qualifying for financing, and having the building and property inspected. The Real Estate Board of Greater Vancouver (www.rebgv.org) publishes regular market reports. The Vancouver map application (vanmapp.vancouver.ca) provides a wealth of information organized into map overlays, including zoning, crime statistics, graffitti, and amenities like schools and community centres.

Barbara Yaffe, a real estate columnist for the Vancouver Sun, advises first time buyers "to be ready to compromise, get your foot in the door understanding that your first place probably won't be your dream home."

5 Responses to “Most Affordable Vancouver Neighbourhoods for First Time Buyers”