There's kind of a March madness in the real estate market. It has been exceedingly busy continuing on from Fall 2014. Some pundits have said that it's because of the warm weather that the usual April and May markets arrived early.
Vancouver and Toronto prices and sales are going up but there has been fall off in other places like Calgary and Ottawa.

The surprising change has not been the continuously rising prices of detached homes or the shortage of townhomes or the opening of condo projects like the new River District Planned Community in Vancouver but rather the huge institutional investors rushing back into the rental market after a 40 year absence. 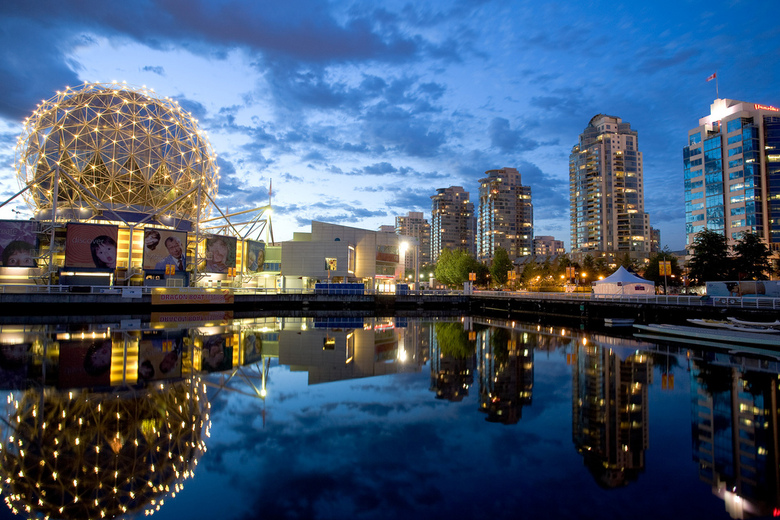 The Telus World of Science by Kenny Louie

Ian Gillespie of Westbank Properties of Vancouver is re-developing an iconic downtown area of Toronto at Bloor and Bathurst Streets that is analogous to The Drive in Vancouver. This location was home to Honest Ed's Dept Store and other cultural and vibrant businesses. Ed Mirvish's heirs sold the entire blocks that they owned to Westbank who actually consulted local residents in the planning process to the amazement of Toronto citizens who had never heard from a developer before they tore the neighbourhood down around them.

Westbank will be building 4000 rental units instead of condos. Ian Gillespie said that the confirmation of continuing low rates by the Bank of Canada has persuaded institutional investors like pension plans and insurance companies that they should invest for future cash flow. This combined with some ongoing concern about the absorption rate of unlimited condo projects has made rental construction look good. These investors have been buying condo projects in their entirety before they can be offered for pre-sale or buying the land and contracting to build rental accommodation.

The permanent cash flow and demand for rentals where purchase prices are so high has convinced investors that the 20 years for the rental project to pay for itself compared with 3 years for a condo project is manageable with the low interest rates.

Existing rental buildings have gone up in value with some offering a capitalization rate of 4% which is much higher than a bond rate for investors. 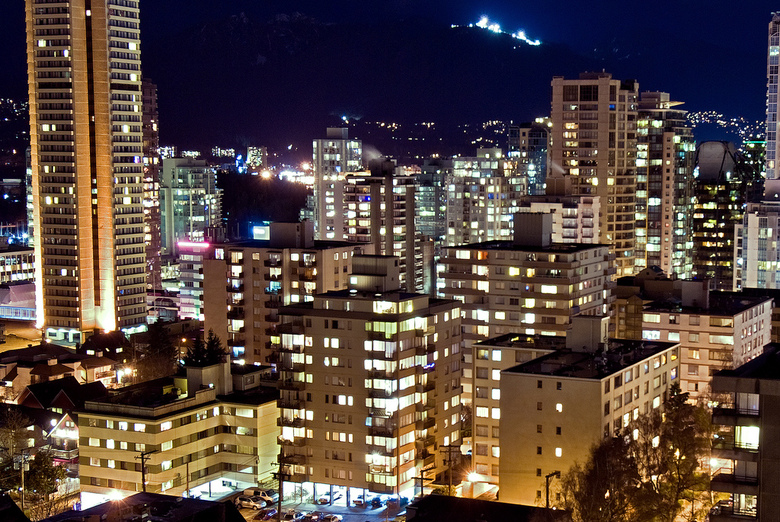 This surge has started in downtown Toronto where land and construction prices are lower than Vancouver but if the investment return is there we will see it too. Right now it is happening in Vancouver with the investors who are buying luxury hotels to turn them into housing for offshore students at rents of up to $2500 per month.

Vacancy rate in Vancouver is about 0.5%. Much of the rental stock is in investment condos and they can be sold by their owners whenever the market goes up so there is no rental stability for the tenants. We'll be watching to see if the March madness of building rental buildings gets started here.

A perennial complaint in our market is the lack of creativity in zoning for densifying single family lots with separately owned accommodations. In Washington State they are allowing clusters of smaller cottage homes on large lots. Architect Michael Geller recently discussed these housing options and others such as stacked townhomes as a solution to densitication at a crowded talk at the downtown SFU campus.

It's an active and competitive marketplace today. Buyers are motivated and homes that are priced competitively are selling at a brisk pace right now. We're seeing more multiple offer situations and generally more traffic at open houses today. In a market such as this, it's important to do your homework and work with your local REALTOR® before embarking on your home buying and selling journey.

According to the Real Estate Board of Greater Vancouver MLS residential property sales of detached, attached and apartments reached 3,061 in February 2015, a 21% increase compared to 2,530 sales in February 2014. The number of residential properties listed for sale on the MLS in Greater Vancouver is 11,898. This is a decrease of 11.3% from February 2014. With the sales-to-active-listings ratio at 25.7 per cent, it is the highest in the Metro Vancouver region since March 2011.

2 Responses to “Vancouver Offers No Rental Stability for the Tenants”