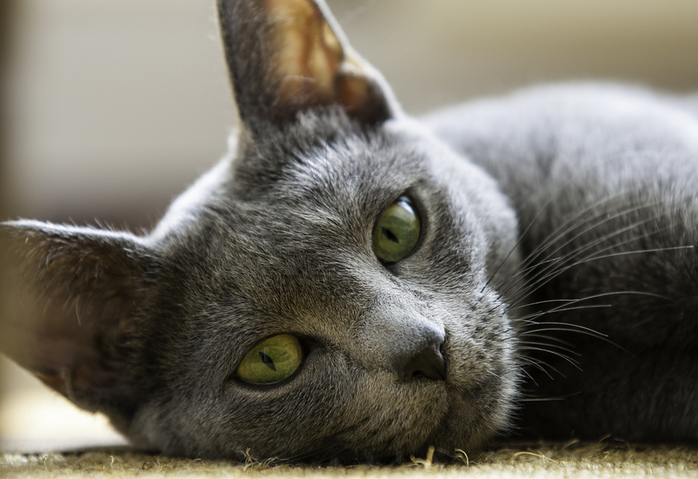 A lot of pet owners realize the immediate joys that come from sharing their homes with their companion animals. But there are much bigger benefits to living with a pet than waking up to your dog lovingly licking your face. The human-animal bond has proven to bring many physical, emotional, and mental benefits. Cats and dogs help us fight disease and assist us in coping with chronic conditions. Every pet owner feels that their pets help them overcome troubling situations. There's scientific evidence that pet owners are much calmer and more relaxed. Even watching fish in an aquarium helps reduce muscle tension!

A British study on the beneficial effects of pet ownership has suggested that the presence of pets at home benefits children in their homework rather than hindering their progress. It also helps them develop cleverness. The study of over 1,000 pet-owning children, aged between five and sixteen years, showed that 79 per cent of them believe their pet friends have positive effects on their homework and schoolwork in general.

Let's have a look at the major benefits our four- (and sometimes two-) legged friends bring to our homes, along with some handy slipper fetching.

1. Reducing the Risk of Asthma and Allergies

A few years ago, the idea of having a pet at home made everyone shiver in fear that their kid might become allergic. A large number of new studies suggest that children who grow up in a home with furry animals will have less risk of allergies and asthma. Researcher James E. Gern, a pediatrician at the University of Wisconsin-Madison, analyzed the immunity changes in babies during the first year of their lives. The results, published in in the Journal of Allergy and Clinical Immunology, showed that children living in households with a dog or a cat were less prone to a pet allergy or eczema, as they had higher levels of some immune system chemicals. 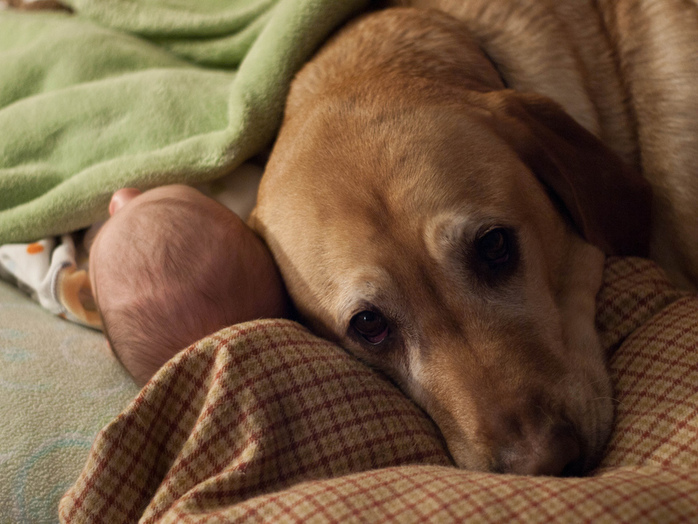 One of the well-known advantages of having a pet is stress reduction. Having a pet around makes us content and relaxed. Going out with a dog is considered one of the best ways to bond a family and spend some quality time together. A study by Mindlab International showed that approximately 44 per cent of pet owners were less worried about specific problems like finance, education, or job security, and 55 per cent of pet owners were generally more relaxed. One in six women said they would only confide their deepest thoughts with their pet, while over 25 per cent of respondents said their dog is their best friend.

Animals have always helped calm me down and helped relax me. They’re great to have… I don’t have kids, but that’s the love that you feel,

3. How Pets Help us Fight Illnesses

There's an increasing trend in advocating for pets for the seriously ill. This is based on the latest observations that family pets tend to motivate patients — mainly patients who live alone and need companionship to help boost their efforts to fight illness. The need to feed and walk the pet often results in pet owners taking better care of themselves, and feeling motivated to survive anything for their pet.

Just the sheer presence of having an animal at your side, not requiring anything of you, not asking for attention, was enough to make you feel as if you were not alone. And that was the gift I received: unconditional love.

Alzheimer's disease has many effects, some of which include major behavioural changes and inability to cope with stressful situations. The University of California at Davis School of Veterinary Medicine concluded that Alzheimer's patients suffer less stress and have fewer anxious outbursts if there's a pet in the home. Trained, calm animals can provide peace for patients and decrease their episodes of aggressive behaviour. 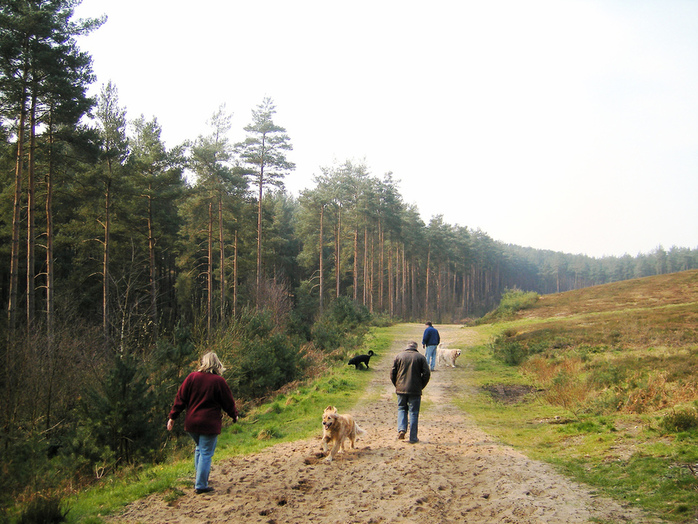 Walking the Dogs by Steve Parker

Your daily exercise doesn’t have to involve boring repetition at a gym. With pets, it becomes much more fun. You can take your dog for a walk, ride a horse, or simply chase a kitten around. University of Missouri-Columbia research showed that people who walk their dog for twenty minutes a day, five days a week, can lose 14 pounds (more than 6 kilograms) in a year.

The study also showed that if we schedule our daily walks with our partners or friends, we often lean towards making excuses not to go, and our walking speed increases by a mere 4 per cent over the period of three months. But dogs are never too tired to go for a walk, and it's very hard to say no to their cute faces. The study showed that over the same period, the walking speed of dog walkers increased by an amazing 28 per cent.

A study tested over 4,500 cat owners and found that this group showed over 40 per cent lower risk of a heart attack. The reason behind this, as the team concluded, may be that petting animals reduces stress and protects against cardiovascular diseases. If you want to lower your risk of heart attack, you should consider adopting a cat — or at least cuddling with your neighbour's kitten once in a while. 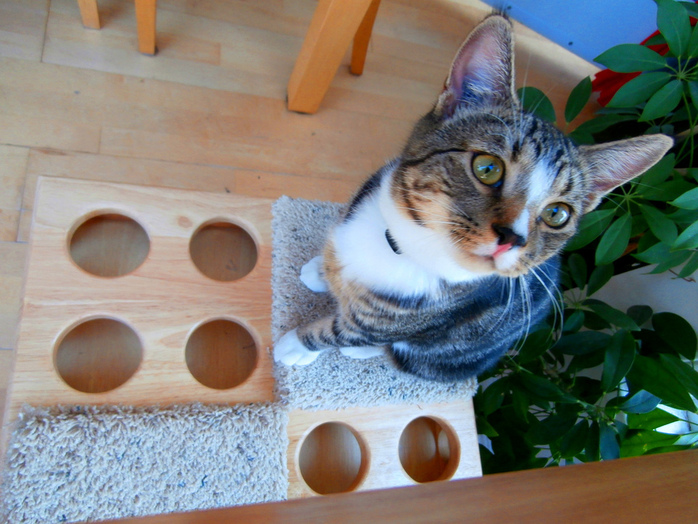 7. Want Lower Blood Pressure and Cholesterol? Get a Dog!

A Queen's University (Belfast) psychologist, Deborah Wells, writing in the British Journal of Health Psychology, claims that owning a dog can directly link to lower blood pressure and cholesterol levels.

As we've already mentioned, having a pet leads to increased physical activity, but it also stimulates the development of further social contacts. Both these factors boost human physiological and psychological health. Along with cholesterol and blood pressure, dog owners tend to avoid minor health disorders as well as more serious medical problems.

Wildlife TV presenter and animal lover Michaela Strachan sees multiple benefits of having a pet at home when you have children.

Owning a pet can bring so much joy to a family. It can increase a child's sense of responsibility, nurture a more caring attitude and develop self-confidence and, in the case of having a dog, it encourages kids to get outside more. There can be so many benefits.

The study mentioned in the introduction showed that almost half of the children in the study group believed owning and looking after their pets made them happier, while one-third claimed they became calmer, and one-fifth felt more intelligent. Interestingly, it was children who owned reptiles who felt the biggest increase in their sense of responsibility, with 68 per cent. They led 61 per cent of rabbit owners, 40 per cent of cat owners, and 36 per cent of dog owners.

Pets also have a positive impact on a child's level of fitness. More than 30 per cent of children who took part in our survey said they had become more active as a result of owning a pet,

said Scott Jefferson, marketing director for Pets at Home. It looks like pets often have a major influence in children's lives, and according to all the studies, we can only conclude it's a very positive role. So next time your child asks you for a pet, think about all the good it could bring to your family. 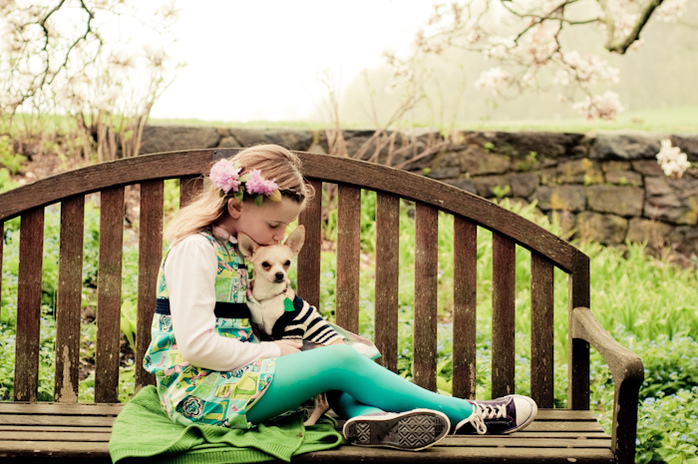 Being a Responsible Pet Guardian

Although there's a huge number of benefits to having a pet, owning one means a lot of responsibility as well. We need to feed them, wash them, walk them, and give them their own space. All these things take time, a lot of energy, and money — but they're well worth it. And pet owners' responsibilities don't end there. Every pet owner has to make sure their pet friend doesn't attack or injure visitors, neighbours, or passers-by. People often overlook this responsibility, so keep it in mind and remember to properly train your pet.

One Response to “With Pets at Home Come Great Benefits”