The Ovaltine Café looks like it somehow became unstuck in time. It lies less than a block from the intersection of Main and Hastings, arguably the centre of the Downtown Eastside. Outside, people sell used clothes and DVDs on blankets spread on the sidewalk. Others walk by on their way to the Carnegie Community Centre or Owl Drugs on the other side of Main Street. 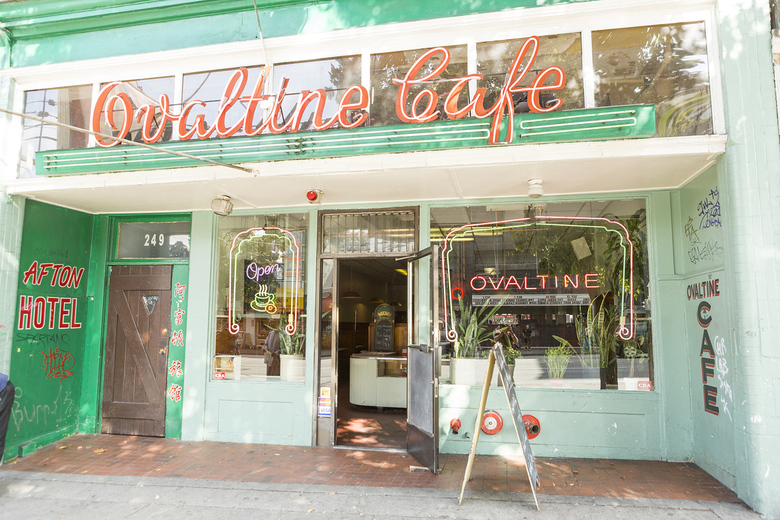 Unlike most storefronts in this neighbourhood, the Ovaltine does not have metal bars or grates covering its windows beneath the neon sign. Inside, most of the room is taken up by a U-shaped Formica counter, with vinyl stools, plus booths on the west wall. An old-fashioned milkshake machine churns in metal cups. Cans of actual Ovaltine, for mixing into milk, sit on the shelves. The menu promises classic Canadian fare "since 1942", with staples like burgers, mac and cheese, meatloaf and fried chicken dinner. The ambiance is decidedly not modern, and the out-of-time quality has been used for numerous film and television shoots, including DaVinci’s Inquest,The X-Files, Supernatural, The Man in the High Castle and I, Robot. 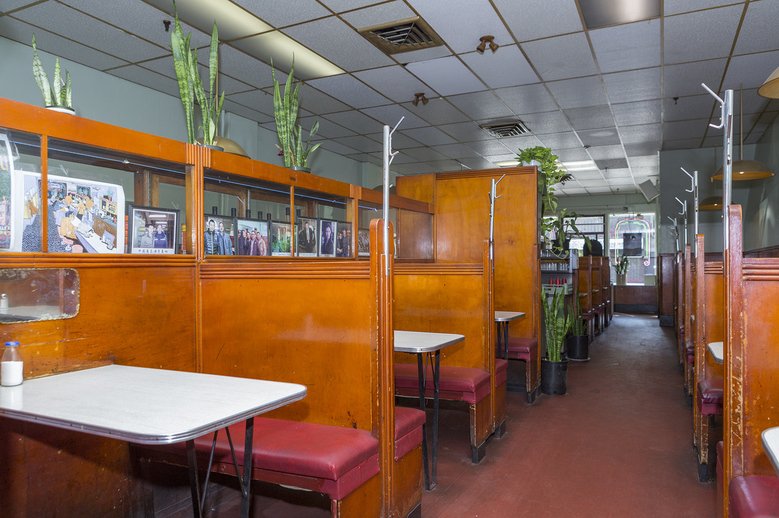 Dating back to 1943, the Ovaltine Café on Hastings near Main was part of the golden age of the Downtown Eastside, and has been a fixture ever since. Two years ago, the new owner and manager Grace Chen took over and revitalized it, but now faces the new challenge of a neighbourhood that is still changing.

Grace left Beijing and came to Vancouver in 2000, where she worked at another landmark on Hastings Street, Save On Meats, for 10 years. She retired after that, but when the owners of the Ovaltine Café, Eugene and Jean Xiu, also wanted to retire, she accepted their offer and took over the establishment in 2014.

Since then, she has worked hard to revitalize the Ovaltine, which employs five people. According to her

She describes her offerings as, "Normal food. Normal breakfast, hamburger, dinner. It’s fresh, and like grandma made. They come here and say it’s like home." 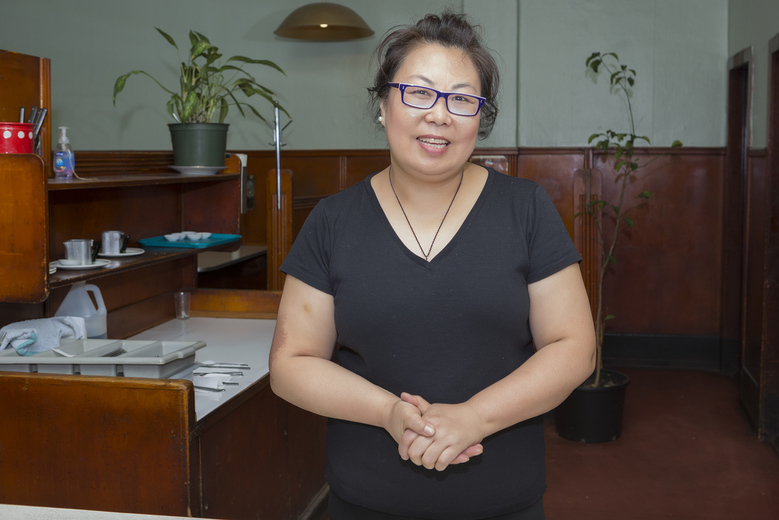 This attracts a loyal set of regular customers.

Part of the attraction is the low prices and large portions. Grace maintains this for the local people. "Since I came to Canada, I worked in the Save On as my first job, so I really know my way around this area. The poor people don’t have that much money, so I try to keep lower prices. I know it's really hard. They teach me a lot about English, about cooking, lots of things. I just want to give back. I love them. Maybe later prices will go up a little but that’s for the suppliers. For me I like to keep a low price."

Julie Turcotte, an assistant residence attendant for the City of Vancouver, is a friend of Grace from her days at Save On Meats, and still visits her at the Ovaltine. 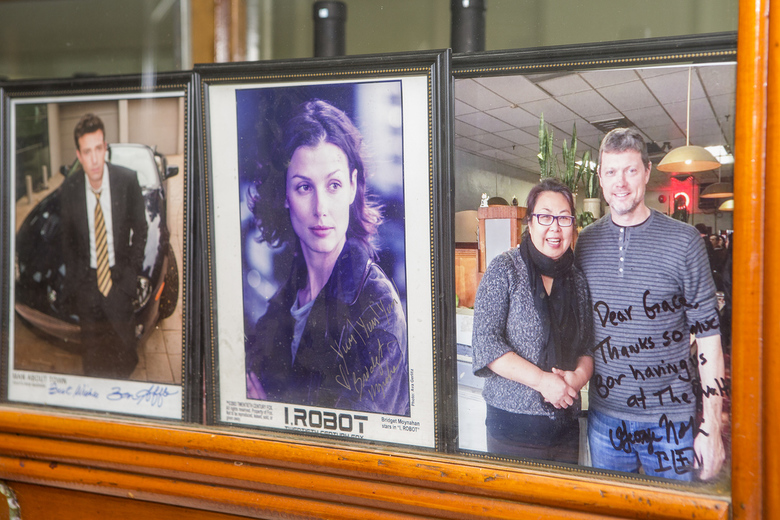 "In the '50s, people lined up around the block to come to the Ovaltine Café," she says over a cup of coffee in one of the booths.

They had really great food. I’m not sure if it was Asians who owned it or not. All I know is from what I’ve read and from other people I’ve talked to this café was the place to come,and it had a great soda fountain thing. You can see where they had all the stuff. And all along here, all these glassed-in cases would have been full of baked goods: cakes, pies, et cetera. They’re not allowed to do that anymore because it’s not refrigerated.

In decades past, the Ovaltine’s neighbourhood was far different. Hastings Street lit up with neon signs, Woodwards was a major department store, and people from all over the west coast would come to the only restaurant and sit at the counter for fresh fish and chips. The Ovaltine was part of that era, and managed to survive through the area’s decline, but just barely. "I have to tell that it wasn’t doing so well before Grace came along. You could come in here any day of the week and you’d be lucky to find one other person."

Julie attributes the Ovaltine’s revival to its new manager.

I think people just followed Grace. People who used to go into Save On Meats all the time, although people came from all over the city to Save On Meats, the ones you saw there the most were the people who came on very limited, very small fixed incomes and would buy three pieces of ham, and two of roast beef and that would be it. Now you have people that come here. The food’s pretty good here. It’s very much, I’d say pedestrian, but the burgers are great and breakfasts are wonderfully large and they certainly fill the hole in somebody’s belly when they don’t have a lot of money. 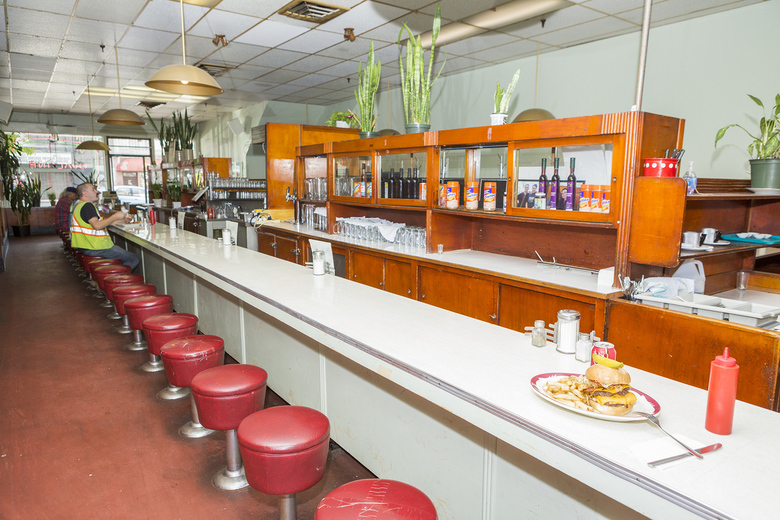 A lot of the people who eat here live in SROs or other buildings in the neighbourhood, or are street people. Julie explains, "The Ovaltine fills a crying need. There’s a thousand free places to eat down here, but here you’re not getting it for free, it’s not being handed to you. You feel a little bit different when you come in here. You order a meal and you pay for it. You feel like you are part of the real people. It’s a different place for them. They are ordinary people when they come in."

The Ovaltine’s reputation in the neighbourhood definitely helps it. Most storefronts on this part of Hastings have heavy metal bars or grates over their windows, but the Ovaltine’s large front windows are unprotected. Julie says, "If the window got broken, it would probably be accidental, because people don’t really bite the hand that feeds them, unless the hand that’s feeding them slapped them on the side of the head."

I don’t need them [bars on windows]. The street people are nice to me. In the morning, when I open the door, to clean up the front, the people there just say, ‘Okay, I’ll help you.’ 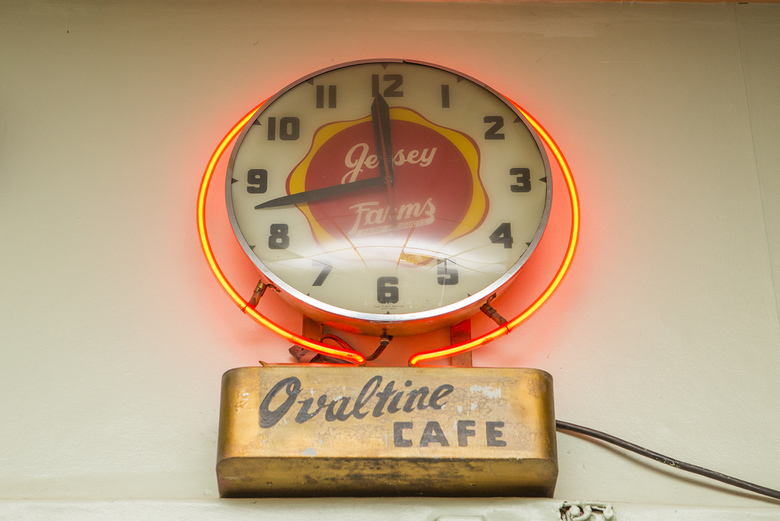 However, the neighbourhood around the Ovaltine is changing with a new wave of gentrification, with new expensive restaurants and residences that threaten to displace the local community. Grace says people have made offers to purchase the restaurant or the entire building. "I don’t think they would make a big change but I think they would make the price go up and that would push the poor people out. I cannot do that. I know the money is good for me but that’s not what I want to do." She intends to expand the Café’s nighttime hours and continue serving the community.

The sample dish was the ¼ pound burger with American cheese, sautéed mushrooms and a green side salad. While the burger’s white bread bun was not at all substantial, the beef patty was thick, well-done and flavourful, which combined well with the sautéed mushrooms and the creamy American cheese. The side dish was a green salad consisting of shredded iceberg lettuce, with sunflower seeds and raisins in Caesar dressing. The combination made a tasty and satisfying lunch or dinner, and certainly cost less than a comparable meal elsewhere. 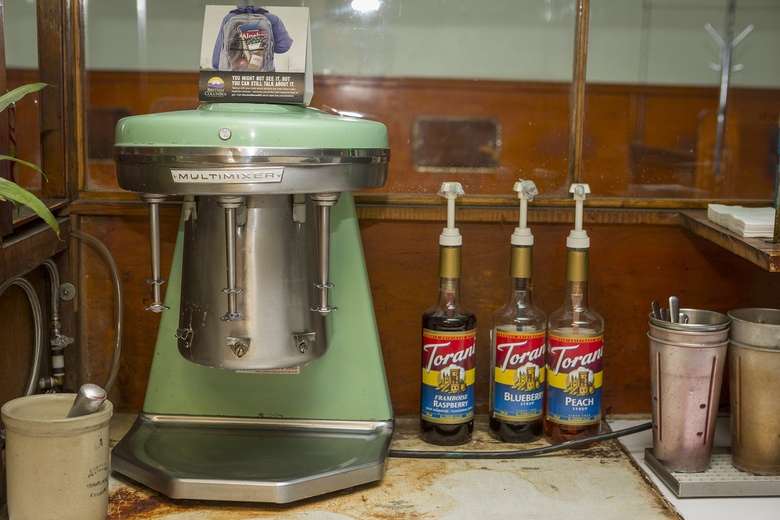 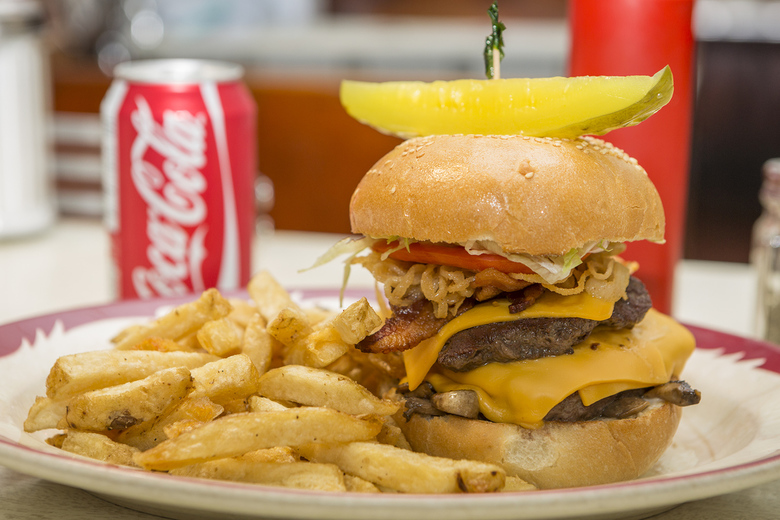 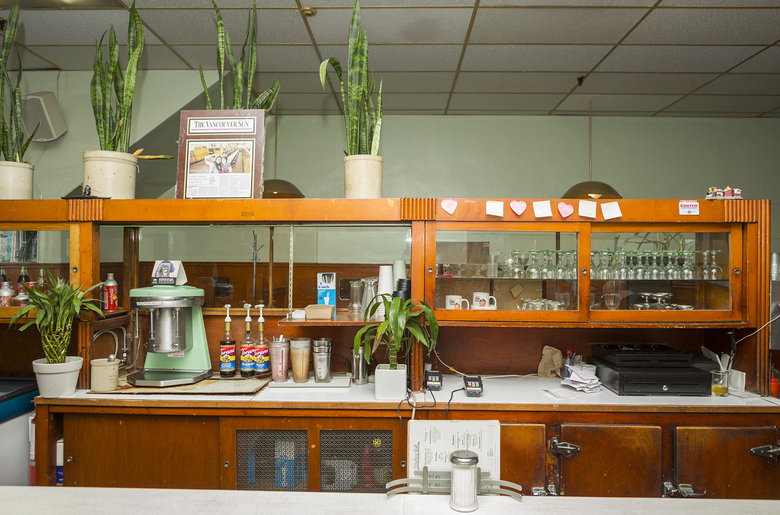 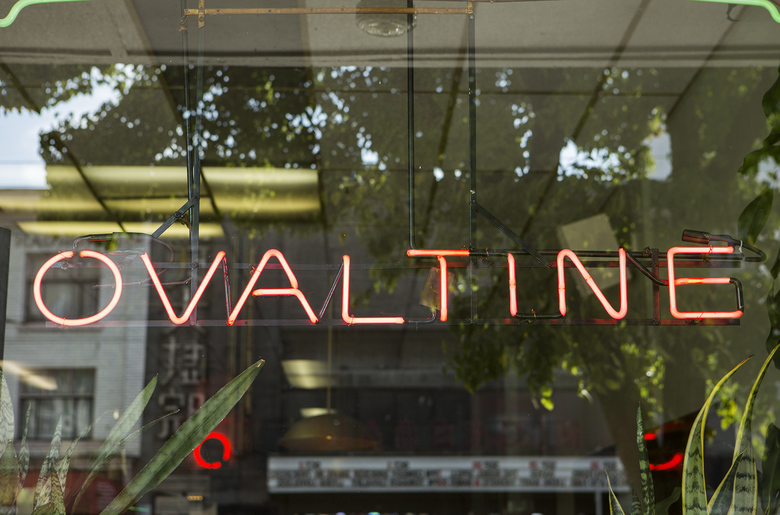 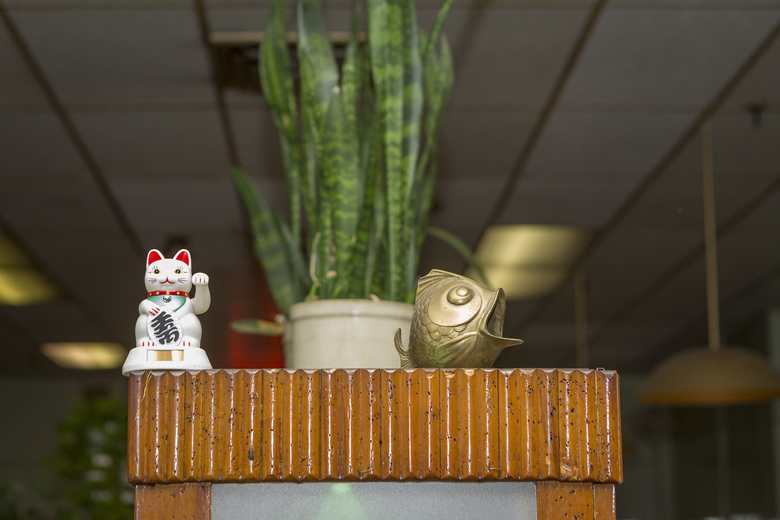 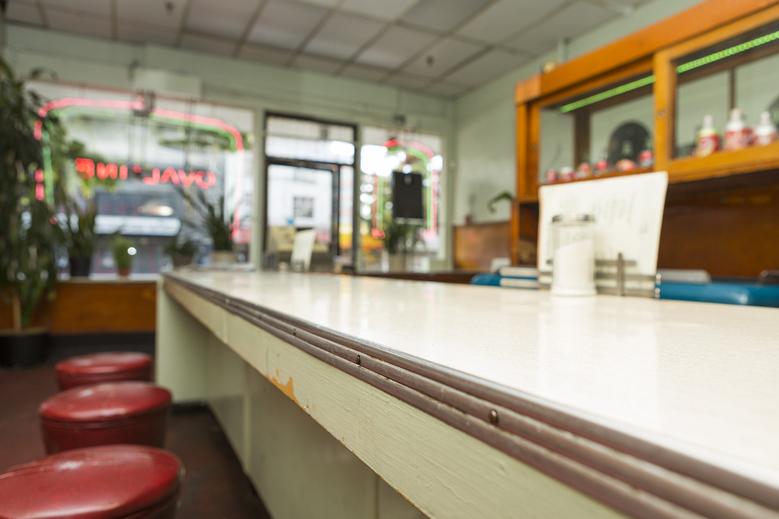 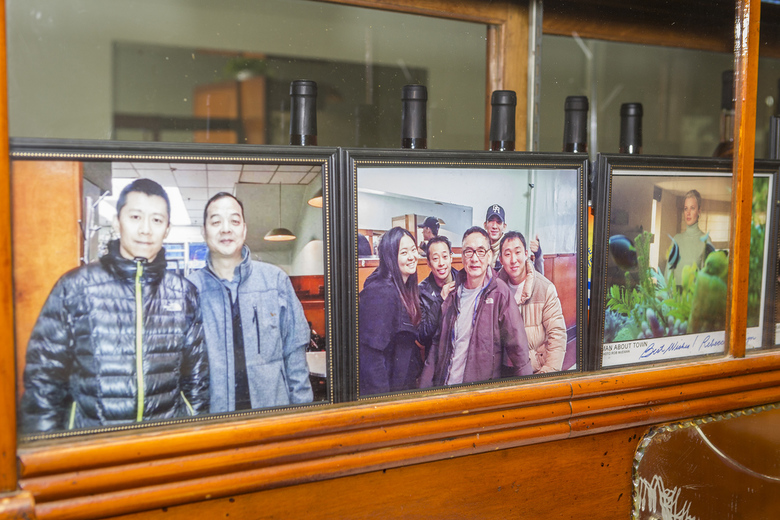 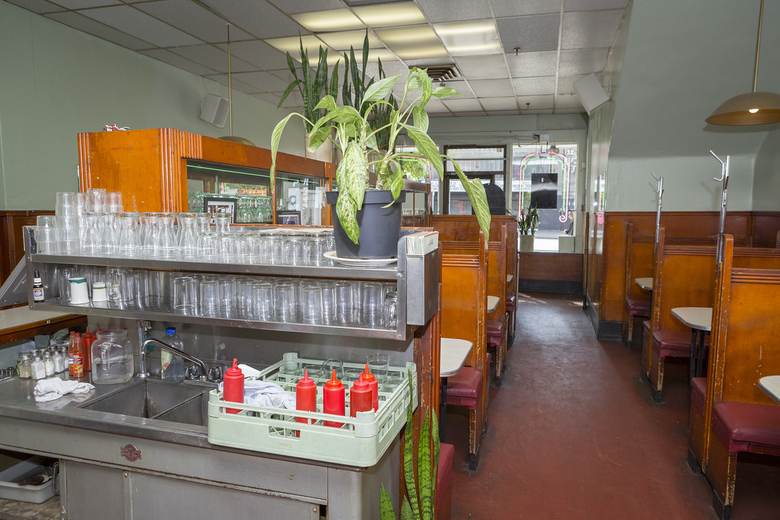 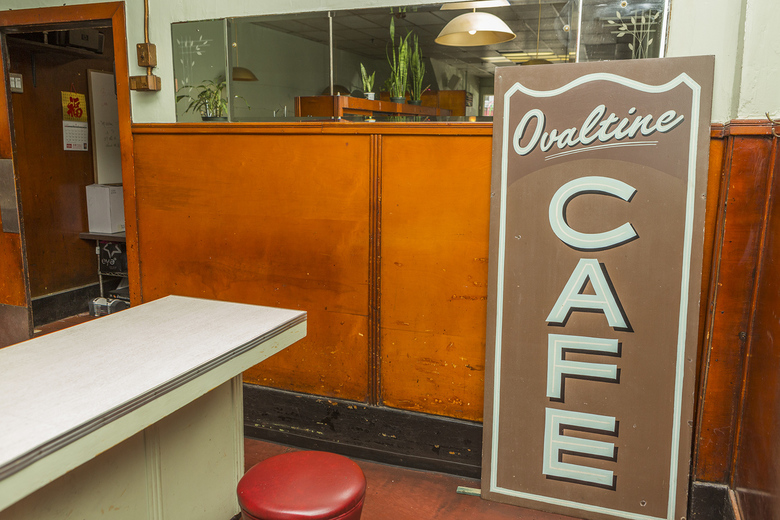 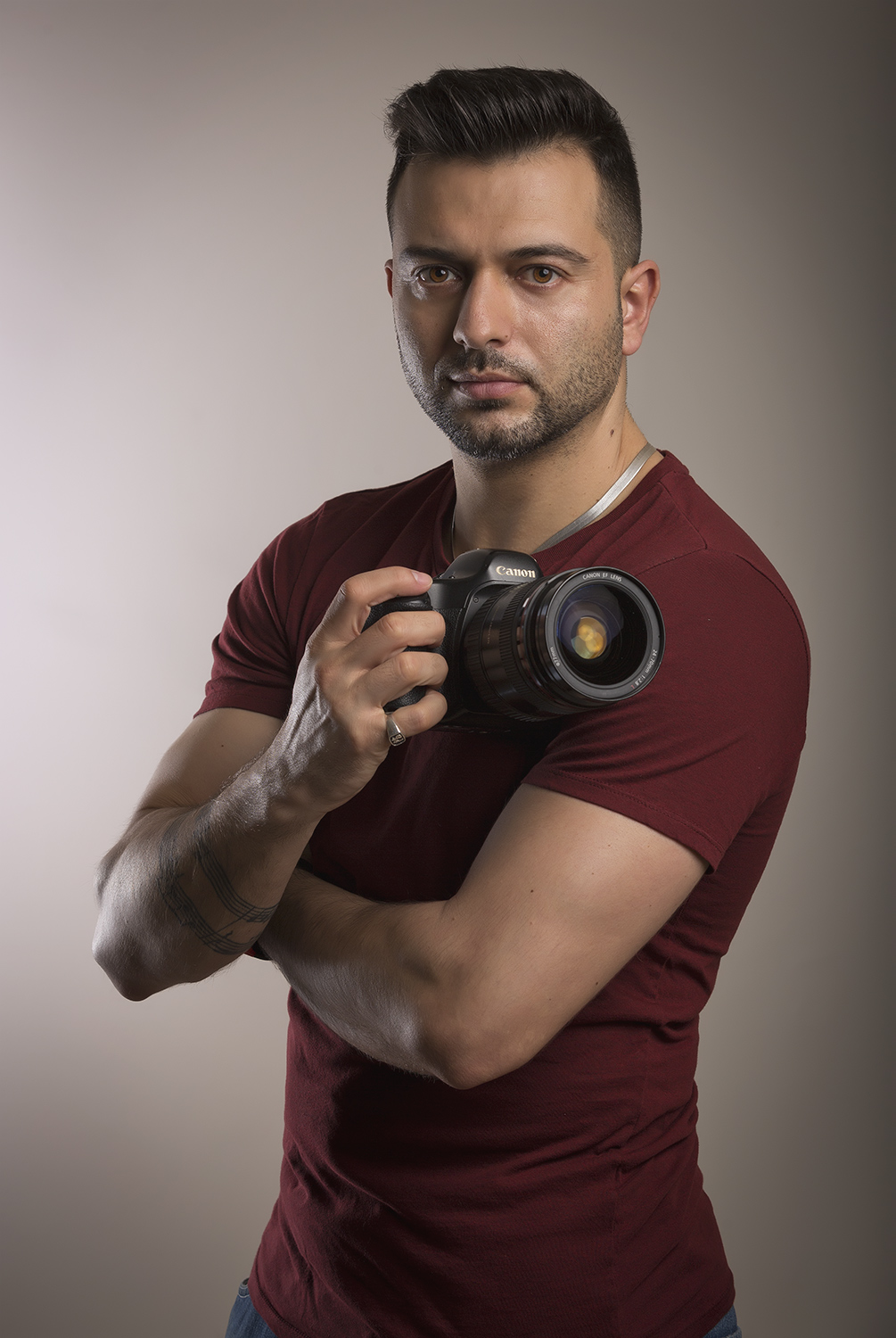 2 Responses to “Vancouver Restaurants With the Longest Tradition #6: Ovaltine Cafe”