If you happen to find yourself in Richmond, BC and wonder what's there to see, then I recommend exploring the lovely neighbourhood of Seafair and the nearby West Dyke Trail and Garry Point. These are the places I chose for the first part of my series of photo essays from my favourite Vancouver neighbourhoods. I hope you'll enjoy the photos! Don't hesitate to leave your comments at the bottom of the post. 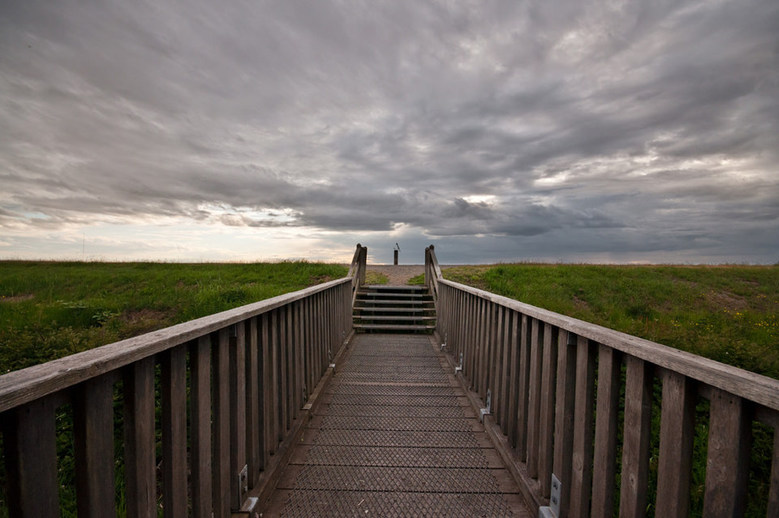 The West Dyke Trail is a one of the most popular trails among Richmond's Trail System. A perfect place for a romantic walk with a panoramic view of the North Shore and the Coastal Mountains, this trail is famous for its sunsets and sunrises, one of the most spectacular in Greater Vancouver. 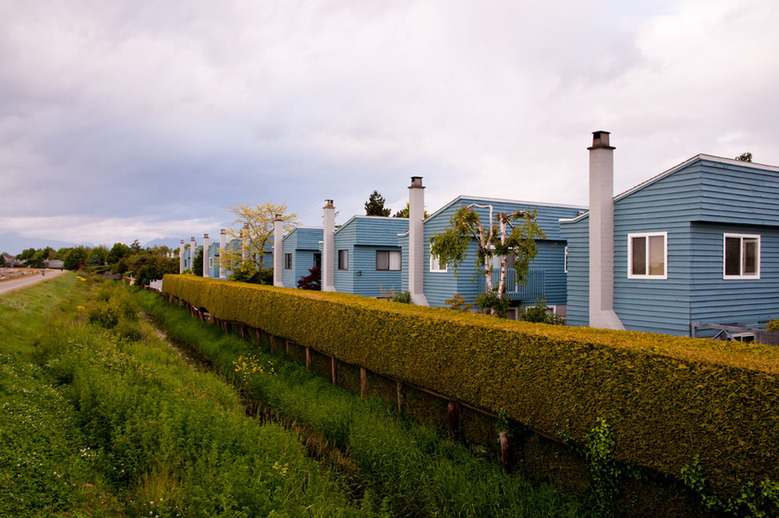 A Colourful Neighbourhood by the West Dyke Trail

Richmond is famous for its rich soil and beautiful gardens - that's because it is built on what was originally a floodplain. Richmond is only one meter above the average sea level, so the risk of flooding would be enormous, not so much thanks to the West Dyke. 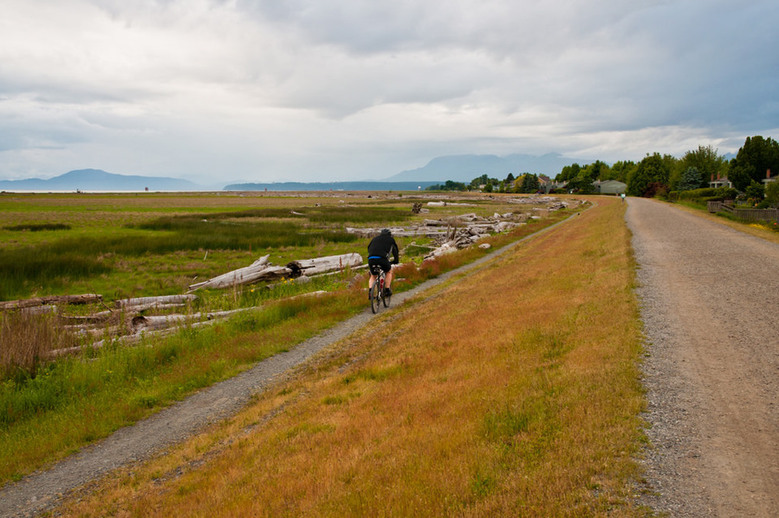 The West Dyke Trail is a perfect place for an evening bike trip. It takes you for a 12 km long ride south from Terra Nova to the Steveston/South Dyke area where you can turn around at Garry Point and ride back. The long expanse of marsh called the Sturgeon Banks running along the West Dyke Trail from North to South is an important habitat for nesting birds. 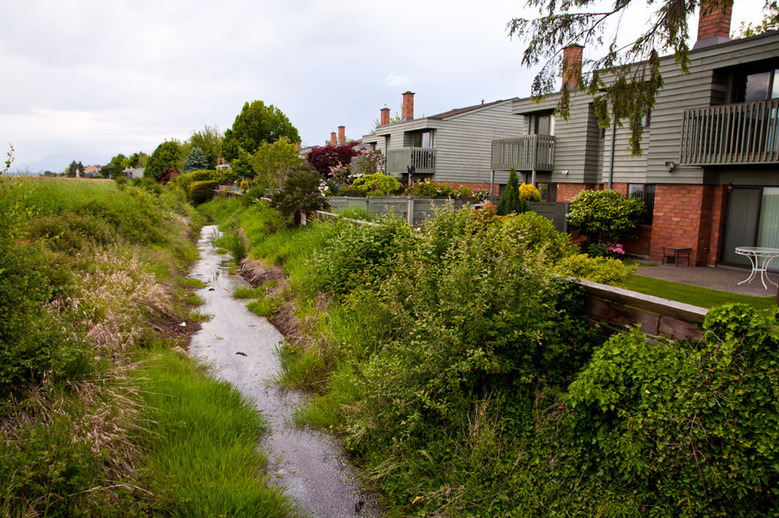 Peaceful Homes Next to the West Dyke Trail.

One of the best family-run businesses in Richmond, Seafair Gourmet Meats has been around since 1984. They received numerous great reviews, because as they claim, they only buy the best quality, because there is a difference. The art of butchering is alive and well in Seafair. 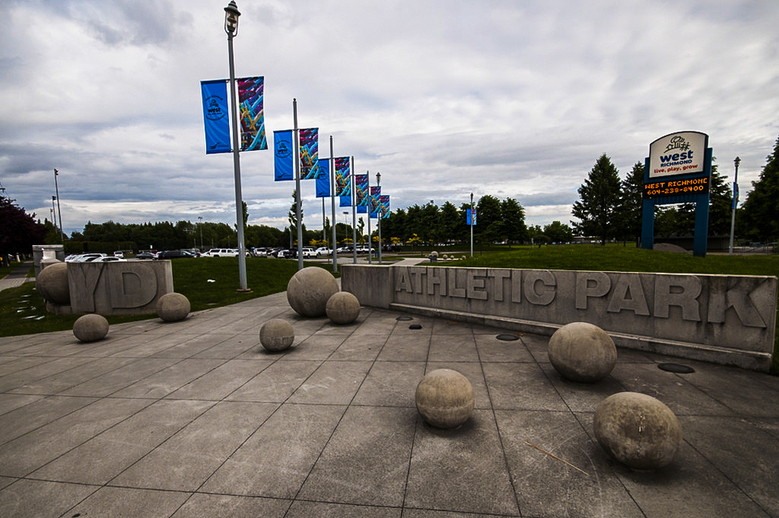 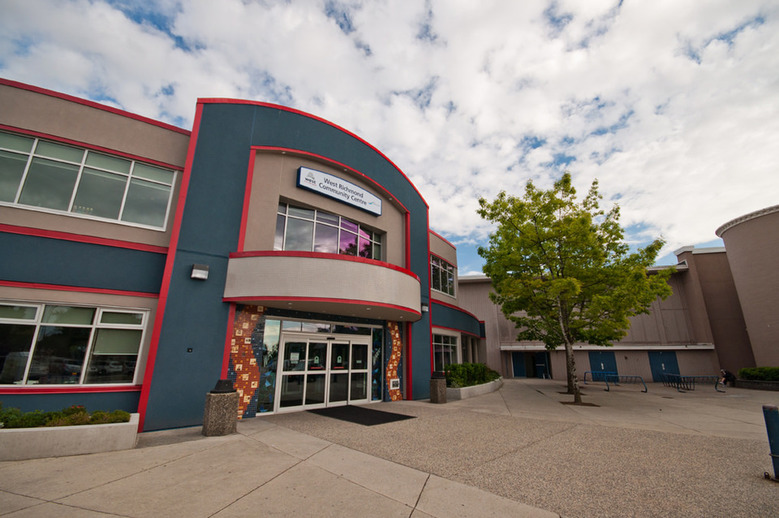 The West Richmond Community Centre is connected to the Hugh Boyd Secondary School and features a fitness centre (with a free weight room), a gymnasium, squash court, badminton courts and organizes aerobic classes. 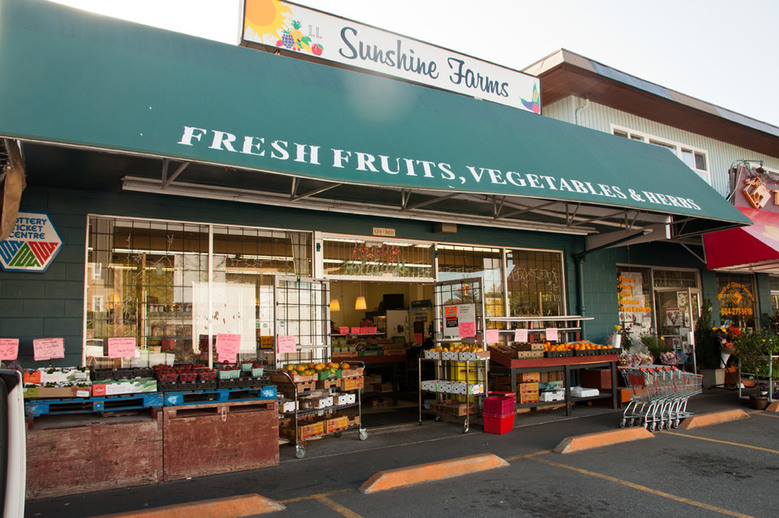 Fresh Fruit at the Sunshine Farms In Richmond 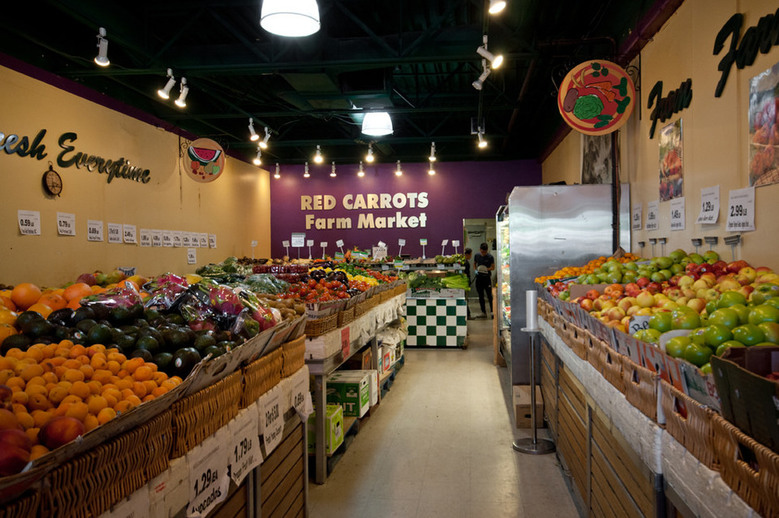 If you're familiar with the Red Carrots store inside the Robson Public Market in downtown Vancouver, you'll love the original Red Carrots Farm Market in Seafair. The service and prices are great and their special deals definitely beat the other stores. 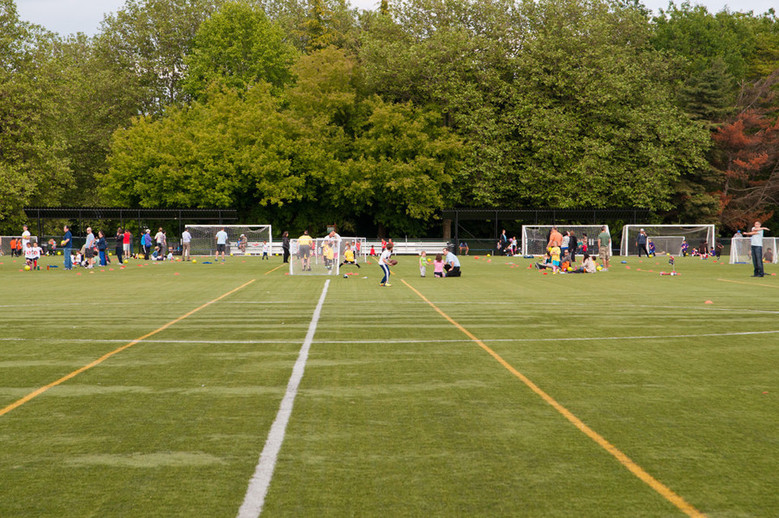 If you're lucky enough to live in Richmond, BC, you know that you have great sporting grounds at your disposal under city management. Hugh Boyd park in Seafair features a pitch and putt, 6 sport fields, 1 full and 2 half basketball courts, 6 tennis courts and a playground. 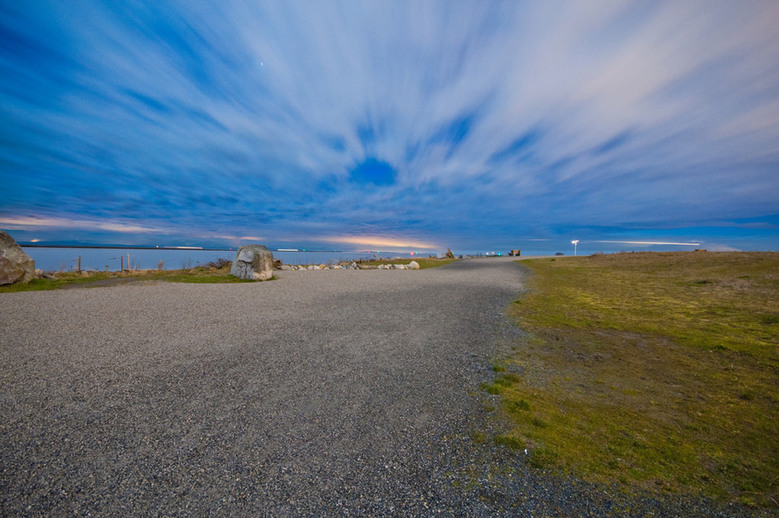 Garry Point is located at the southwest tip of Richmond, surrounded by Garry Point Park. It's a great place for kiting and a picnic with a great view of the South Arm of Fraser River and the Gulf Islands and plenty of waterfront access. 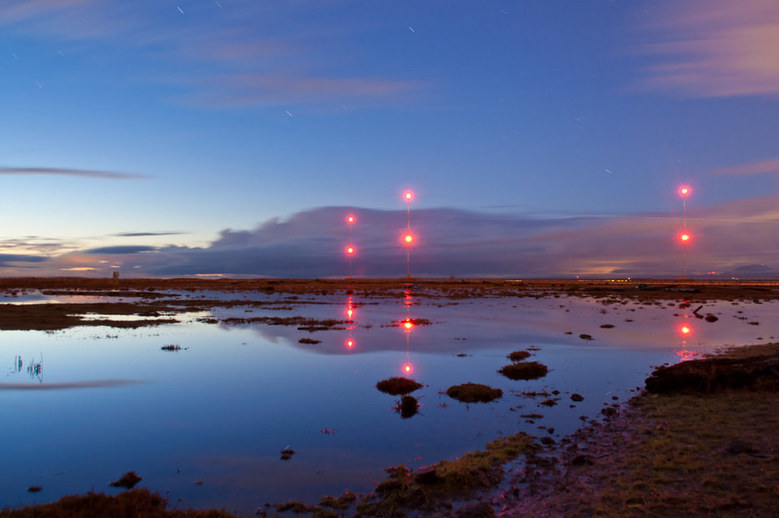 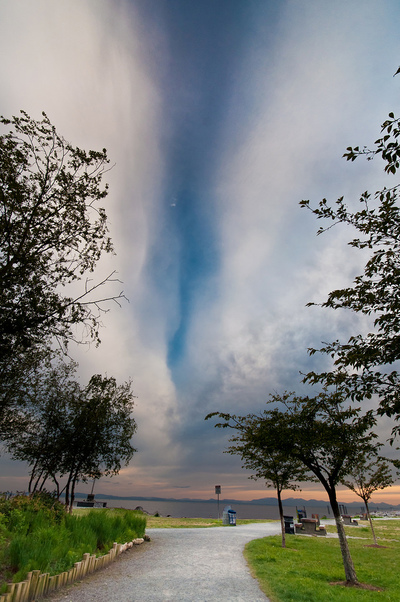 The Clouds are Breaking Apart in Richmond, BC 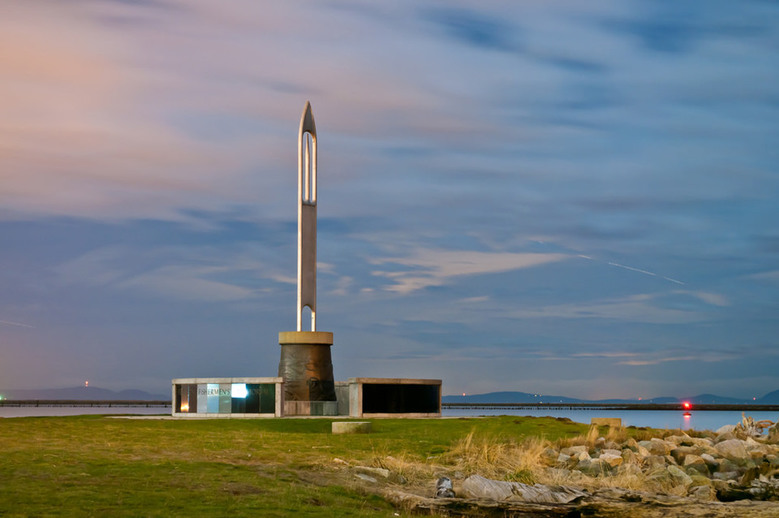 One of the most beautiful public art pieces in Greater Vancouver, the Fisherman's Memorial Needle is a tribute to those who lost their lives to the job. It stands in a prominent place which all fishing ships must pass, thus serving as a memorial and also a reminder for the living. 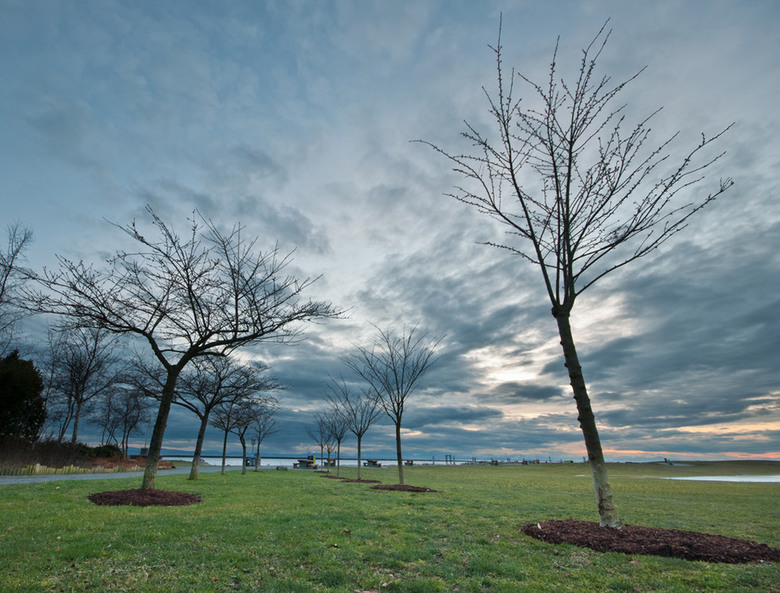 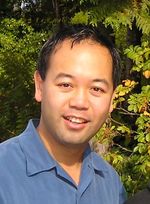